Red Deer During the Wars

An historical overview of Red Deer and its residents during years of armed conflict from 1899 to 1953.

At the beginning of the 20th Century, Britain was embroiled in a war in South Africa. Imperial forces were confounded by the resistance of simple Boer farmers. Central Albertans willingly answered the call for support and rallied to the banner of the newly-formed Lord Strathcona's Horse regiment.

Three men from the Red Deer area died in the South African war. To honour their fallen, the citizens of Red Deer set out to build a much needed local hospital. After several years of fund-raising and a large donation from Lord Strathcona himself, the Red Deer Memorial Hospital opened in 1904. 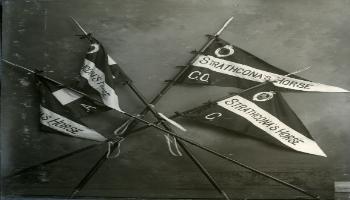 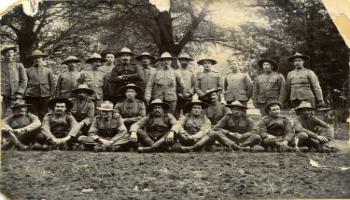 Many men in Red Deer and surrounding districts enthusiastically volunteered for service in the Canadian army and navy during the First World War. They left behind families, farms and businesses to answer the call of duty.

Those left behind supported their husbands, fathers, family and friends overseas. Even small children were swept up in the enthusiasm for the war. As casualty lists grew in the newspapers, women volunteered for the Red Cross. Euphoria soon changed to despair.

The Allied offensive in the fall of 1918 broke the enemy's resistance. Red Deer celebrated the Armistice of November 11, but it was a sombre affair. Almost every family in Red Deer had been directly affected by the war in Europe. As well, the spreading Spanish influenza increased the grief and suffering throughout Red Deer and surrounding districts.

By 1918, the earlier patriotism to be found in Red Deer had been replaced by fatalism, personal tragedy and a desire to prevent further wars. With limited funds the city of Red Deer and its residents erected a cenotaph to honour the war dead. Many veterans never attended the unveiling in 1922 due to their enduring physical and mental suffering. 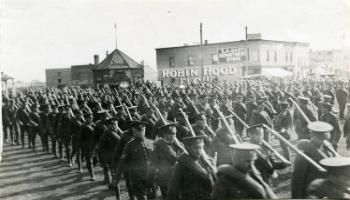 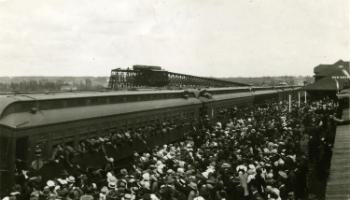 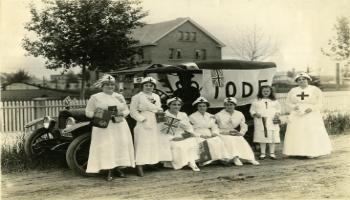 The Second World War brought many changes to the small sleepy city of Red Deer. With an increased demand for air-based warfare, a large airbase at nearby Penhold was soon in operation. Airmen from around the world trained there as part of the Commonwealth Air Training Program.

There was also growth on the ground. The population of Red Deer doubled by 1943 due to the influx of soldiers and workers at the new A-20 army camp. At any one time over 500 recruits received trades training for the Royal Canadian Army Service Corps.

As they had done in the previous war, the families of men and women fighting overseas tried to maintain normal lives while contributing to the war effort. Some women enlisted and others found employment in farms, businesses and factories. Even animals were conscripted with Mickey the Beaver and his owner as frequent participants in local Victory Loan drives.

Many central Alberta men were captured in the Dieppe Raid in 1942 and spent the remainder of the war in prison camps throughout Germany. Women's groups in Red Deer and area raised money and sent Red Cross parcels to those men. Everyone awaited their safe return.

After the war ended, the military bases began to close. The A-20 army camp became the site of a new composite school for Red Deer. The Penhold airbase became a training centre for NATO and the RCAF until 1965. It became the city’s airport in 1966. 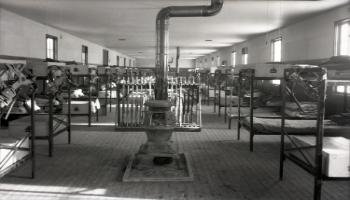 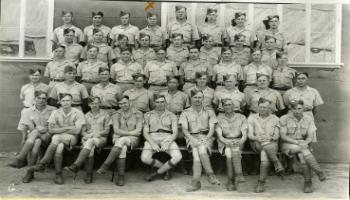 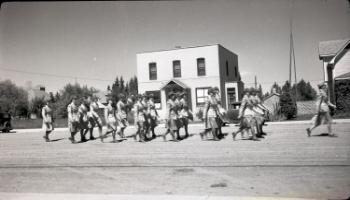 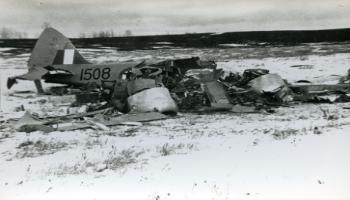 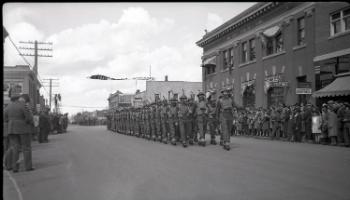 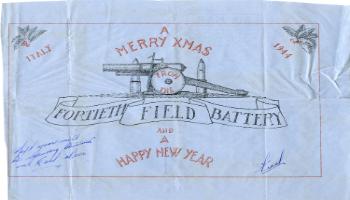 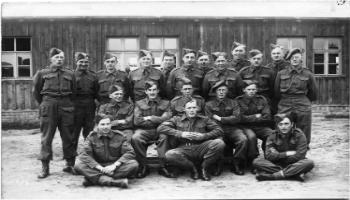 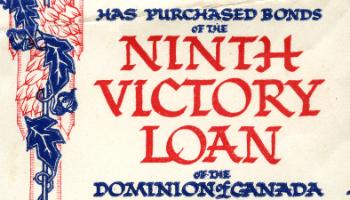 After 1945, Red Deer's inhabitants returned to the lives they had put on hold. Times were good and there was money was to be made. There was little interest in the Korean War. Those men who did enlist found an indifferent nation upon their return home. The Cenotaph on Ross Street was rededicated in the early 1980s to include the Korean War veterans. In 2013, a federal bill declared July 27, the date the Korean armistice was signed, as a day to honour the veterans of the Korean War. 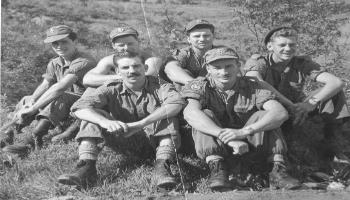 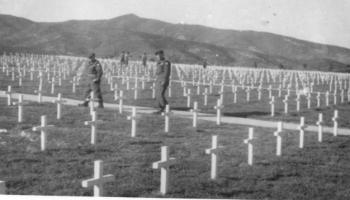